One of the biggest complaints that new puppy owners express, is having to deal with constant potty accidents. The first and most important thing to remember about training your puppy is not to yell or become angry. Your anger just frightens him and makes him likely to lose control of his bladder. It also makes him fearful about going potty in the house, which will only teach him to hide it from you, creating a vicious cycle. Your puppy has a three second memory. If you leave him to run to the phone and aren’t watching him, he very well may go potty. If you find this spot an hour later and rub his nose or face in it, you are only ruining his trust and any bond you have created. He has no clue why you are angry and why you’ve chosen to shove his face into the carpet. If you can’t catch him in the act, just clean it up and move on.

Another part of your potty regimen should be doubling up on potty runs outside. The more you work with your new pup, the faster he’ll be trained, which applies to ANY problem. The use of baby gates is extremely helpful and contains the puppy in the kitchen, laundry room or bath, where he can't soak the carpet with urine when you're unable to watch him. It’s very important not to let your puppy on the carpet anywhere in the house unless you can devote 100% of your undivided attention!

Once you’ve caught your puppy in the act, pick him up and say calmly but firmly, without raising your voice or sounding angry, “No! Let’s Go Potty Outside”. Then immediately take your puppy outside, put a leash on him and lead him to a spot you’ve designated for him. You should then repeat over and over again, “go potty! go potty!” in a friendly tone. Give your puppy a good five to ten minutes for this. If he doesn’t go, it’s ok, just try again later. If he does go potty, praise him with much exuberance! Make it a huge deal and even offer him a treat or throw a ball for him. Once you can give him a positive and fun association with going potty outside, he will want that experience again.

Another helpful hint for this process is putting some feces you’ve found in the house in the designated outdoor spot. When he encounters this it will help to reinforce that this is the spot for him to eliminate. If you have any urine soaked housebreaking pads, you can leave one outside in his spot, which will work just as well. Remove it as soon as he goes potty on his own in that area.

All puppies need to be taught to go outside. Until they are 16 weeks of age it’s very common to have potty problems. If housebreaking has become a repetitive problem over a period of months and your puppy is pushing five to six months old, then you haven’t removed enough of the odor in the carpet. This applies to feces as well as urine. Your puppy can detect odors 1000 times better than you.

An enzyme-based odor remover works well, but only if you let it dry completely. Often a puppy will be let back into the room before the spot is dry and smell the remaining odor which triggers the problem all over again. Remove the puppy from the area, let the treated spot dry completely, and then vacuum before you let the puppy back in. Make sure there are no other dry urine spots in that area to trigger a response. You can use a black light at night, to detect urine stains.

At night it’s wise to crate your puppy next to your bed or put him in the kitchen, bathroom, or laundry room where there is no carpet he can soak. Be prepared to take your puppy out at least once during the night to potty so you don’t wake up to a mess in the crate. Never leave your puppy in the crate, other than for sleeping at night, for more than a few hours at a time. It is preferable that you never leave your puppy in the crate for more than 20 mins. When you’re gone, to leave him in a bathroom or gated kitchen. When you’re gone, whether in a crate or not, offer him a big stuffed animal to cuddle with. He’ll feel like he’s got his mommy or a sibling with him to help him not feel too lonely. Once you’ve doubled up on his potty runs {taking him out every hour when you’re home} and completely eliminated the odor in the carpets, you should find peace… at last.

Tips for a Happy Puppy 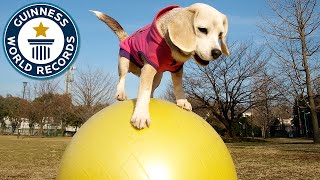